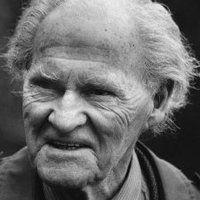 Ronald Stuart Thomas (29 March 1913 – 25 September 2000), published as R. S. Thomas, was a Welsh poet and Anglican priest who was noted for his nationalism, spirituality and deep dislike of the anglicisation of Wales. John Betjeman, in his 1955 introduction to Song at the Year's Turning, the first collection of Thomas's poetry to be produced by a major publisher, predicted that Thomas would be remembered long after he himself was forgotten. M. Wynn Thomas said: "He was the Aleksandr Solzhenitsyn of Wales because he was such a troubler of the Welsh conscience. He was one of the major English language and European poets of the 20th century."