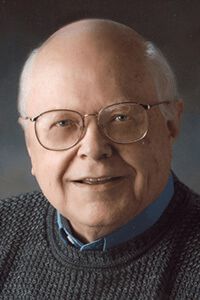 Richard Elliott Friedman (born May 5, 1946) is a biblical scholar and the Ann and Jay Davis Professor of Jewish Studies at the University of Georgia.
Friedman was born in Rochester, New York. He attended the University of Miami (BA, 1968), the Jewish Theological Seminary (MHL, 1971), and Harvard University (ThM in Hebrew Bible, 1974; ThD in Hebrew Bible and Near Eastern Languages and Civilizations, 1978). He was the Katzin Professor of Jewish Civilization: Hebrew Bible; Near Eastern Languages and Literature at the University of California, San Diego, from 1994 until 2006, whereupon he joined the faculty of the University of Georgia's Religion Department, where he is currently the Ann and Jay Davis Professor of Jewish Studies. Friedman teaches courses in Hebrew, Bible, and Jewish Studies, and has been rated a 4.1 for his overall quality and 80% would take again from ratemyprofessors.com.
He is a winner of numerous awards and honors, including American Council of Learned Societies Fellow. He was a Visiting Fellow at the University of Cambridge and the University of Oxford; and a Senior Fellow of the American Schools of Oriental Research in Jerusalem. He participated in the City of David Project archaeological excavations of biblical Jerusalem. He is probably most famous for his work Who Wrote the Bible?, a description of the documentary hypothesis.