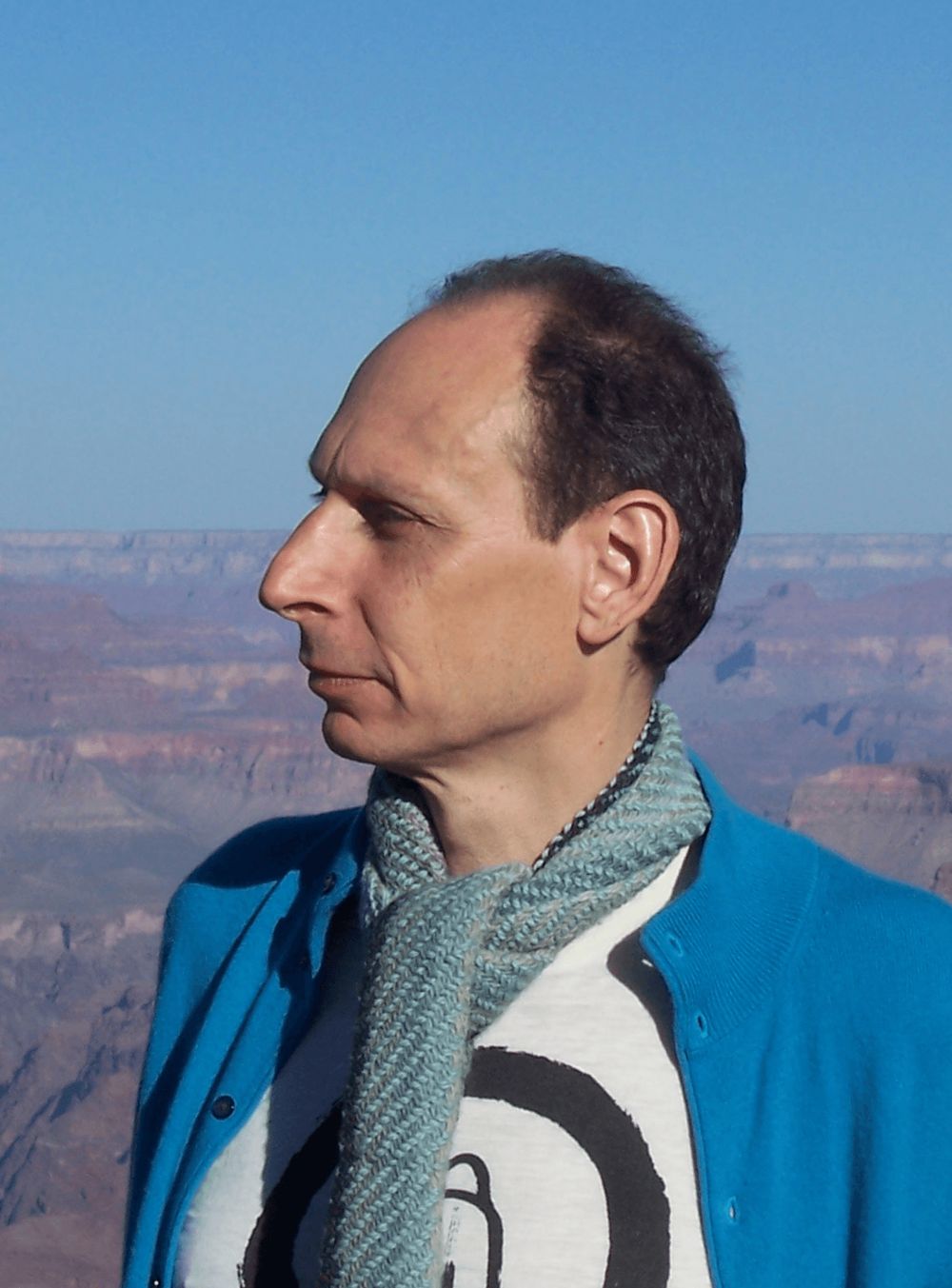 Richard Zimler (born 1 January 1956 in Roslyn Heights, New York) is a best-selling author of fiction. His books, which have earned him a 1994 National Endowment of the Arts Fellowship in Fiction and the 1998 Herodotus Award, have been published in many countries and translated into more than 20 languages. He has a bachelor's degree in Comparative Religion from Duke University and a master's degree in Journalism from Stanford University. Zimler lives in Porto, Portugal, and was a Professor of Journalism at the University of Porto and College of Journalism for 16 years. He has been a naturalized Portuguese citizen since 2002.
Richard Zimler received the 2009 Alberto Benveniste literary prize in France for his novel Guardian of the Dawn. The prize is given to novels that have to do with Sephardic Jewish culture or history. It was awarded to him at a ceremony at the Sorbonne in January 2009.
Five of Zimler's novels - Hunting Midnight (2005), The Search for Sana (2007), The Seventh Gate (2009), The Warsaw Anagrams (2013) and The Night Watchman (2016) - have been nominated for the International IMPAC Dublin Literary Award, the richest prize in the English-Speaking world.
Zimler has also edited an anthology of short stories for which all the author's royalties go to Save the Children, the largest children's rights organization in the world. The anthology is entitled The Children's Hours. Participating authors include Margaret Atwood, Nadine Gordimer, André Brink, Markus Zusak, David Almond, Katherine Vaz, Alberto Manguel, Eva Hoffman, Junot Díaz, Uri Orlev and Ali Smith.
In 2009, Zimler wrote and acted in The Slow Mirror, a short movie based on one of his stories. Directed by Swedish-Portuguese filmmaker Solveig Nordlund, the short stars Portuguese actors Gracinda Nave and Marta Peneda. In May 2010, it won the Best Drama award from the New York Downtown Short Film Festival.
His novel The Warsaw Anagrams was chosen as 2009 Book of the Year by the main Portuguese book magazine Ler and by the country's high school teachers and students (the 2010 Mariquis de Ouro prize). It was also chosen as one of the 20 Best Books of the Decade 2000-2009 by the country's foremost daily newspaper, Público. In August 2011, the San Francisco Chronicle described the book as follows: "Equal parts riveting, heartbreaking, inspiring and intelligent, this mystery set in the most infamous Jewish ghetto of World War II deserves a place among the most important works of Holocaust literature."
In August 2011, Zimler published his first book of poetry: Love's Voice: 72 Kabbalistic Haiku. The verses in the book express Jewish mystical ideas and imagery in the form of haiku.
Zimler has written four children's books that have been published in Portuguese: Dança Quando Chegares ao Fim, Hugo e Eu e as Mangas de Marte, Se Eu Fosse and O Cão que Comia a Chuva. O Cão que Comia a Chuva has illustrations by one of the most famous and well-respected Portuguese artists Julio Pomar. This book won the prize for Best Children's Book of 2018 from the Bissaya Barreto Foundation of Portugal.
In July 2017, the city of Porto awarded Zimler its highest distinction, the Medal of Honor. At the ceremony, Porto mayor Rui Moreira described the novelist as "A citizen of Porto who was born far away, who makes Porto greater and grander... Zimler projects the city of Porto out into the world and brings the rest of the world to us."