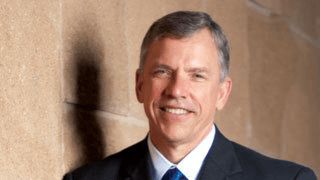 Rick Law (born December 15, 1969) is an American entertainment illustrator and producer. His clients have included Walt Disney Studios, Paramount Pictures and MTV, among others.
For The Walt Disney Company, Law created cover art for a number of the studio's video, DVD, & Blu-Ray releases. Some of those include: The Adventures of Ichabod and Mr. Toad; The Lion King II: Simba's Pride; The Rescuers Down Under; 101 Dalmatians; Tinker Bell; Piglet's Big Movie; Winnie the Pooh: Springtime with Roo; Tarzan & Jane; Mickey's Once Upon a Christmas, and the first three 'Buddies' films: Air Buddies, Snow Buddies, and Space Buddies.
In 1995 Law created the supernatural themed black & white comic series Beyond the Veil, both writing and illustrating the series.
In 1996, Law illustrated Pond and Stream : Habitats for children's educational publisher Evan-Moor.
In late 2001, Law founded and produced the 9/11 Memorial Project - Los Angeles. In oversight of that effort, he became a regarded authority on the events of September 11, 2001, in particular as an expert in the curation and preservation of artifacts and objects from the 9/11 attacks. Law received a 'Special Thanks' credit in the Oscar nominated film United 93.
In 2009, Law started designing toys with his reinterpretations of Disney characters via toy manufacturer MINDstyle. In support of the release of Toy Story 3 in Asia, Law was a primary artist for the Alien Invasion Tour, which debuted at Times Square mall in Hong Kong, with artistic reinterpretations of the Toy Story alien character.