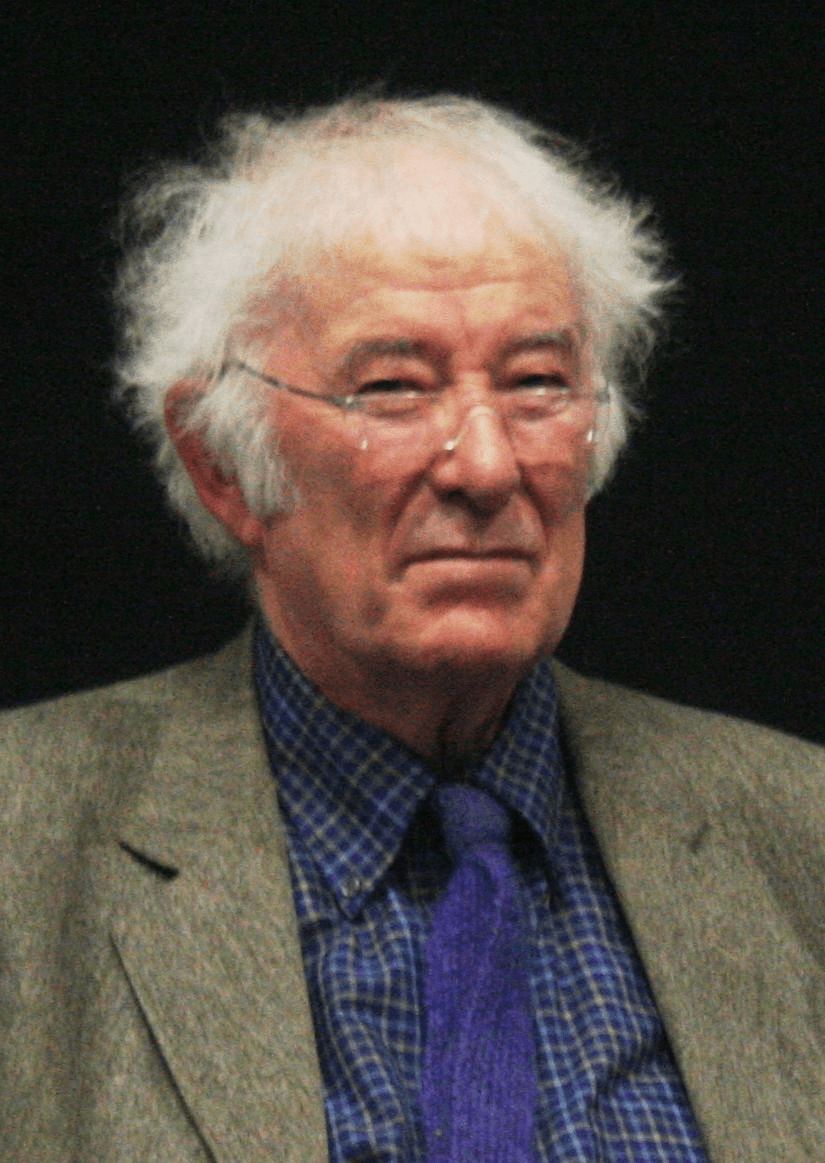 Seamus Justin Heaney (ˈʃeɪməs_ˈhiːni; 13 April 1939 – 30 August 2013) was an Irish poet, playwright and translator. He received the 1995 Nobel Prize in Literature. Among his best-known works is Death of a Naturalist (1966), his first major published volume.
Heaney was born in the townland of Tamniaran between Castledawson and Toomebridge, Northern Ireland. His family moved to nearby Bellaghy when he was a boy. He became a lecturer at St. Joseph's College in Belfast in the early 1960s, after attending Queen's University and began to publish poetry. He lived in Sandymount, Dublin, from 1976 until his death. He also lived part-time in the United States from 1981 to 2006. Heaney was recognised as one of the principal contributors to poetry during his lifetime.
Heaney was a professor at Harvard from 1981 to 1997, and its Poet in Residence from 1988 to 2006. From 1989 to 1994, he was also the Professor of Poetry at Oxford. In 1996, was made a Commandeur de l'Ordre des Arts et des Lettres and in 1998 was bestowed the title Saoi of the Aosdána. Other awards that he received include the Geoffrey Faber Memorial Prize (1968), the E. M. Forster Award (1975), the PEN Translation Prize (1985), the Golden Wreath of Poetry (2001), the T. S. Eliot Prize (2006) and two Whitbread Prizes (1996 and 1999). In 2011, he was awarded the Griffin Poetry Prize and in 2012, a Lifetime Recognition Award from the Griffin Trust. His literary papers are held by the National Library of Ireland.
American poet Robert Lowell described him as "the most important Irish poet since Yeats", and many others, including the academic John Sutherland, have said that he was "the greatest poet of our age". Robert Pinsky has stated that "with his wonderful gift of eye and ear Heaney has the gift of the story-teller." Upon his death in 2013, The Independent described him as "probably the best-known poet in the world".
His body is buried at the Cemetery of St. Mary's Church, Bellaghy, Northern Ireland. The headstone bears the epitaph "Walk on air against your better judgement", from one of his poems, "The Gravel Walks".