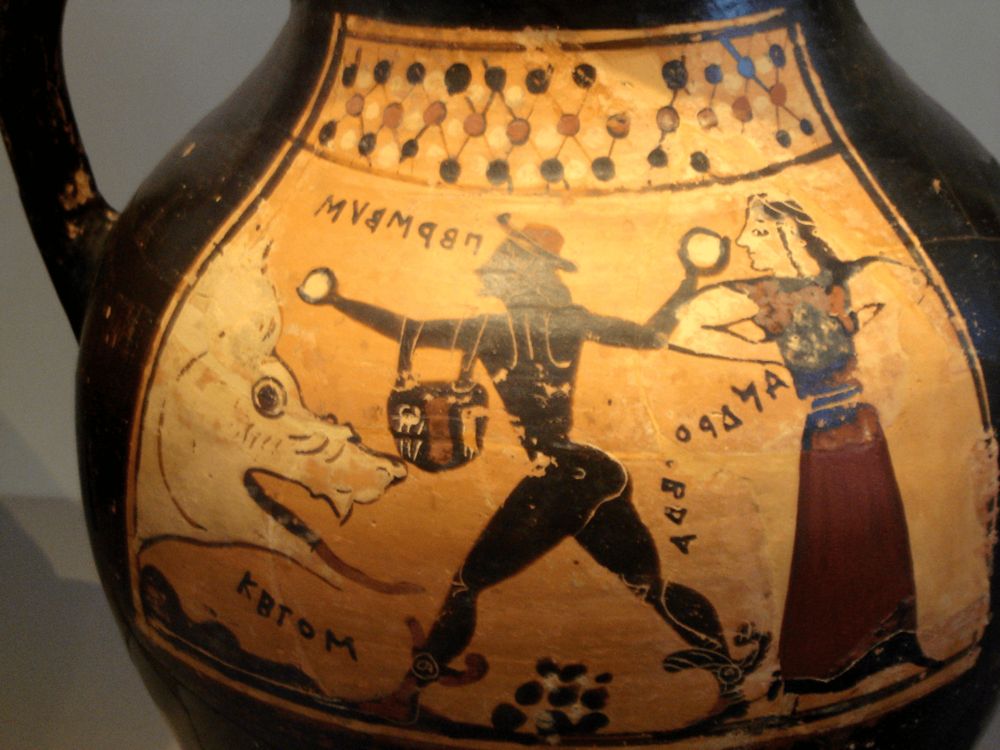 Simonides of Ceos (saɪˈmɒnɪˌdiːz; ; c. 556 – 468 BC) was a Greek lyric poet, born at Ioulis on Ceos. The scholars of Hellenistic Alexandria included him in the canonical list of nine lyric poets, along with Bacchylides (his nephew) and Pindar (reputedly a bitter rival). Both Bacchylides and Pindar benefited from his innovative approach to lyric poetry, and he was more involved than either of them in the major events and personalities of their times. His fame owes much to traditional accounts of his colourful life, as one of the wisest of men, as a greedy miser, as an inventor of a system of mnemonics and also of some letters of the Greek alphabet (grc ω, η, ξ, ψ). Such accounts include fanciful elements, yet he had a real influence on the sophistic enlightenment of the classical era. His fame as a poet rests largely on his ability to present basic human situations with affecting simplicity. In the words of the Roman rhetorician Quintilian:
He is popularly associated with epitaphs commemorating fallen warriors, as for example the Lacedaemonians at The Battle of Thermopylae: {Verse translation:grc Ὦ ξεῖν', ἄγγειλον Λακεδαιμονίοις ὅτι τῇδε κείμεθα, τοῖς κείνων ῥήμασι πειθόμενοι.
} Tell them in Lacedaimon, passer-byThat here, obedient to their word, we lie,
}
Today only glimpses of his poetry remain, either in the form of papyrus fragments or quotations by ancient literary figures, yet new fragments continue to be unearthed by archaeologists at Oxyrhynchus. He is included in narratives as diverse as Mary Renault's modern historical novel The Praise Singer (where he is the narrator and main character), Plato's Protagoras (where he is a topic of conversation), and some verses in Callimachus' Aetia (where he is portrayed as a ghost complaining about the desecration of his own tomb in Acragas).