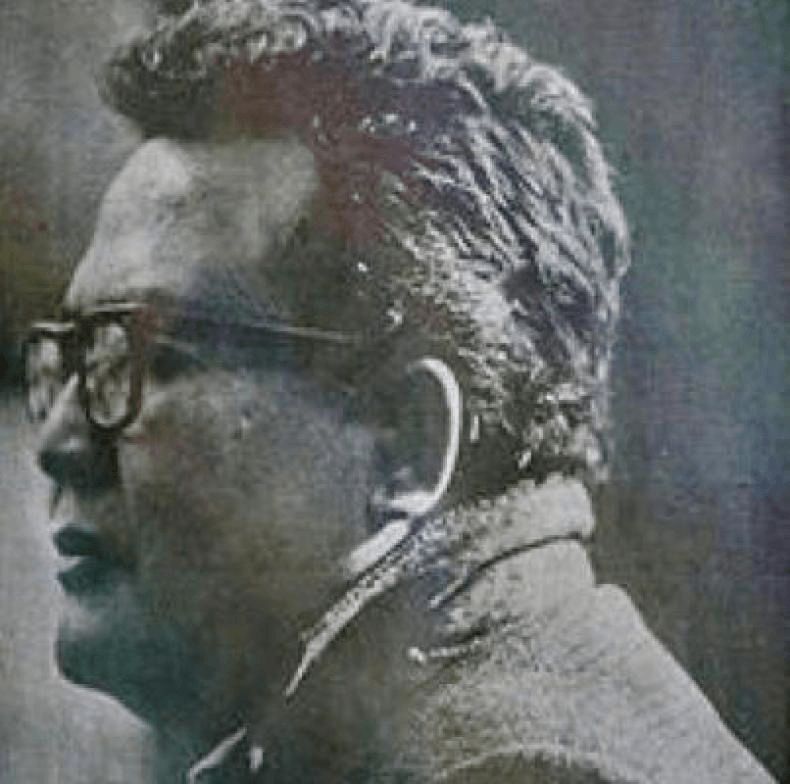 Subagio Sastrowardoyo (1 February 1924 – 18 July 1995) was an Indonesian poet, short-story writer, essayist and literary critic. Born in Madiun, East Java, the Dutch East Indies (now Indonesia), he studied at Gadjah Mada University, Cornell University and in 1963 graduated with an MA from Yale University. His debut as a writer came early with the publication of Simphoni (Symphony), a collection of poems, in 1957. The collection has been described as "cynical, untamed poetry, shocking sometimes". Simphoni was followed by several attempts at short story writing, including the publication Kedjananan di Sumbing (Manhood on Mount Sumbing), before Subagio settled on poetry as his main creative outlet. Following an extended stay in the United States he published a collection of poems entitled Saldju (Snow) in 1966. The poems in this collection deal with questions of life and death, and of the need for "something to hold on to in an existence threatened on all sides", and have been described as altogether more restrained than those in his earlier work. Additional works published since 1966 include Daerab Perbatasan (Border Region) (1970), Keroncong Motinggo (Montinggo's Song) (1975), Buku Harian (Diary), Hari dan Hara (1979)Simphoni Dua (1990), and several books of literary criticism. Subagio's collected poems have been published as Dan Kematian Makin Akrab (1995).
From 1958 to 1961 Subagio taught in the Faculty of Letters at Gadjah Mada University. He was able to read French, Dutch and English with sufficient fluency to be able to translate poems in these languages into Indonesian, and this allowed him to find employment abroad. He spent several years teaching in Australia, firstly as a senior lecturer at Salisbury College of Advanced Education and from 1974 to 1981 he lectured at Flinders University in Adelaide, South Australia. He also acted as guest instructor at Ohio University, teaching Indonesian. In 1981 he became a member of the Working Group on Socio-Cultural Defense and the Director of Young PN Hall Book Publishing, and from 1982 to 1984 he was a member of the Jakarta Arts Council. For many years, he was a director of Balai Pustaka, a publishing firm in Indonesia. In 1987, Subagio Sastrowardoyo, together with Goenawan Mohamad, Sapardi Djoko Damono, Umar Kayam, and John H. McGlynn, established the Lontar Foundation, a non-profit organization with the primary aim of promoting Indonesian literature and culture through the translation of Indonesian literary works.
Subagio Sastrowardoyo died in Jakarta on 18 July 1995.