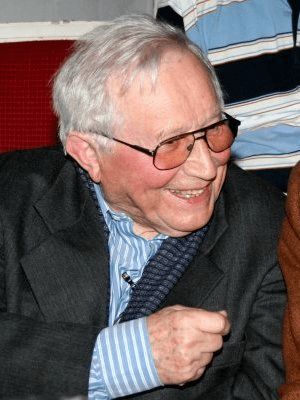 Tadeusz Różewicz (9 October 1921 – 24 April 2014) was a Polish poet, playwright, writer, and translator. Różewicz was in the first generation of Polish writers born after Poland regained its independence in 1918, following the century of foreign partitions. He was born in Radomsko, near Łódź, in 1921. He first published his poetry in 1938. During World War II, he served in the Polish underground Home Army. His elder brother, Janusz, also a poet, was executed by the Gestapo in 1944 for serving in the Polish resistance movement. His younger brother, Stanisław, became a noted film director and screenwriter.