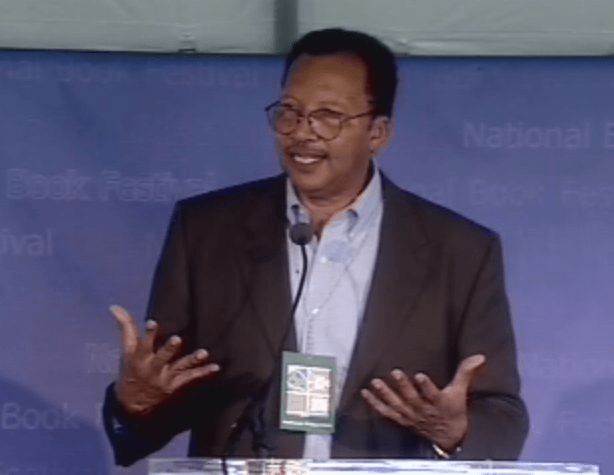 Walter Dean Myers (born Walter Milton Myers; August 12, 1937 – July 1, 2014) was an American writer of children's books best known for young adult literature. He wrote more than one hundred books including picture books and nonfiction. He won the Coretta Scott King Award for African-American authors five times. His 1988 novel Fallen Angels is one of the books most frequently challenged in the U.S. because of its adult language and its realistic depiction of the Vietnam War.
Myers was the third U.S. National Ambassador for Young People's Literature, serving in 2012 and 2013. He also sat on the Board of Advisors of the Society of Children's Book Writer's and Illustrators (SCBWI).